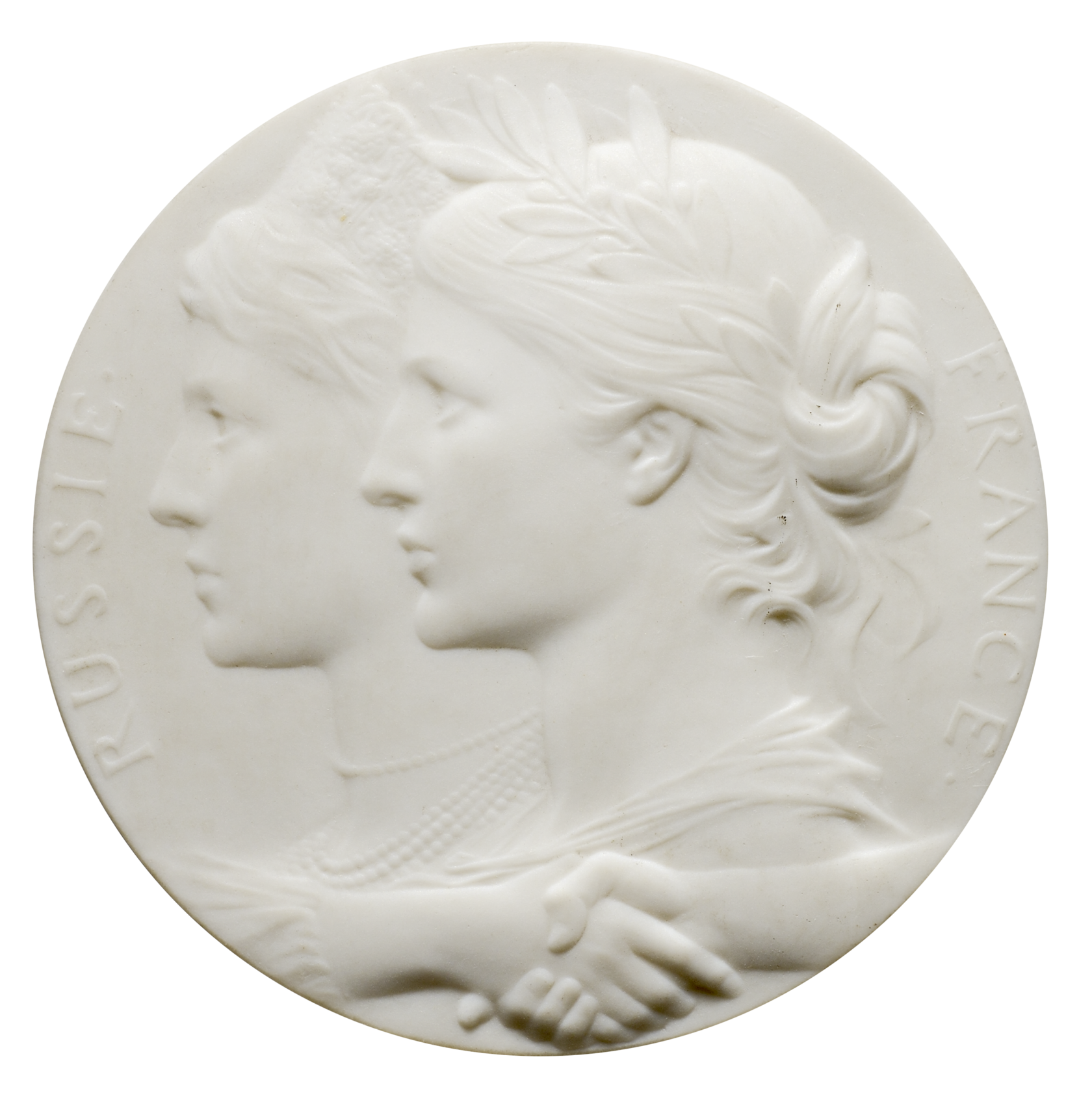 The display dedicated to the centuries-old history of Russian-French relations includes more than 200 pieces, among which are archival documents, personal belongings of the heads of state, diplomatic gifts and works of art. Throughout centuries they have been carefully kept by the museums, archives, libraries of both countries and above all by the royal treasury – the Armoury Chamber of the Moscow Kremlin.

The exhibition opens with a unique document, recalling the events of the 11th century when the Old Russian and French ruling dynasties intermarried: the daughter of the Great Prince Yaroslav the Wise became the spouse of King Henri I. This manuscript from the funds of the National Library of France dates back to the year 1063 and has a Cyrillic inscription, presumably an autograph by Anna, daughter of Yaroslav. In 1896 a copy of this document was presented to Emperor Nicholas II during his official visit to Paris. At the same time, the Russian monarch had an opportunity to see the so-called Reims Gospel that in the 19th century was associated with Anna Yaroslavna, while a part of it was written in Cyrillic letters in Church Slavonic. The President of the Russian Federation Vladimir Putin presented a facsimile copy of the manuscript to the President of France Emmanuel Macron during the official visit in 2017. The Reims Gospel, being a symbol of friendly relations between the two countries, is one of the key objects of the display.
Beginning with the 17th century, when the first tsars’ embassies were sent to France, the Russian-French ties gradually started to strengthen, and after the visit of Peter the Great to Paris constant diplomatic relations were established between two great powers. It is symbolic that the drawing by Desmarets “Peter I and Louis XV in Paris on 11 May 1717”, being one of the key objects of the show, was presented by Charles de Gaulle, Chairman of the Provisional Government of the French Republic then, to the USSR leadership in 1944 as a diplomatic gift.

In the 18th century, the political dialogue was followed by purchasing French jewellery, pieces of fine art and sculpture, arms and fabrics. Talented masters were invited from France to Russia. The fascination of the Russian imperial court with French art and luxury can be traced by the presented arrases, ceremonial masterpieces of French armourers, including a pair of pistols of Emperor Peter III by the royal armourer La Roshe.

Portraits from the collection of the Pushkin State Museum of Fine Arts create a gallery of outstanding political and cultural figures who lived during the rule of Elizaveta Petrovna and Catherine the Great: Russian ambassador in France Duke Golitsyn D.M. and his wife, famous Galloman and ‘Voltairian’ Count Shuvalov A.P., as well as a son of King Louis XV – Dauphin Louis. A section devoted to the epoch of Catherine the Great includes items of the well-known ‘Orlov’ silver service by Roettier and precious inkstand with watches of Paris workmanship that belonged to the Empress. Unique pieces from the collection of the ‘Pavlovsk’ Museum and Heritage Site are to revive memories about the foreign journey of Great Prince Pavel Petrovich and his spouse Maria Fedorovna, while the years of the French Revolution find their reflection in the rarest memorial items and portraits, made by Vigée Le Brun – a beloved artist of Queen Marie Antoinette.

A particular section of the exposition is dedicated to the relations between Russia and France during the reign of Alexander I. Among the exhibits one can see the items from the ‘Olympic’ service that was presented to the Russian sovereign by Napoleon I due to the 1807 Treaty of Tilsit, arms set by Boutet N.N. – a present to the Russian governor-general of Paris Osten-Saсken F.V. from the grateful citizens, as well as the star of the order of the Holy Spirit, handed to Alexander I by King Louis XVIII after the victory over Napoleon and restoration of the monarchy. Further on, the exposition tells the visitors about the history of the ’Russian Nice’, the participation of the Armoury Chamber in the 1867
World Exposition in Paris, as well as strengthening of Franco-Russian friendship and concluding an alliance at the end of the 19th century.

Most of the exhibits are on display for the first time. Among them particular attention should be paid to the rifle with a gilded dolphin, commemorating the birth of the long-awaited heir to the French throne, future King Louis XVI, as well as rarities from the imperial collection, such as a snuffbox with portraits of the children of Louis XVI and Marie Antoinette by the court artist Sauvage and a prayer book of Maria Leszczyńska, wife of Louis XV.

The art pieces from the Moscow Kremlin Museums witness the solidity of the centuries-old cultural ties between Russia and France, mutual interest and respect of the traditions and spiritual life of the nations.
read more